I love lists!  On any given day I have multiple lists going.   Grocery lists, to do lists, house project list, Christmas lists,budget lists, packing lists, Target and Walmart lists.  I think I have even made lists about my lists.  I love them.  They make me feel organized and its almost therapeutic for me to make them.  I was in Emma’s room the other day and discovered that she too has taken up the art of list making. 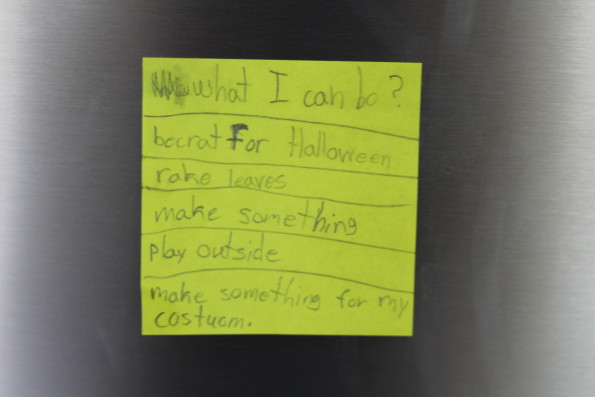 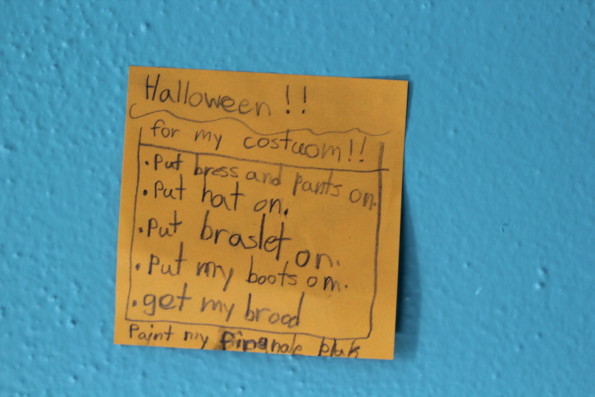 My immediate thought was oh how cute but I was also was a little I don’t know;  nervous, startled maybe.    You see these lists gave me a reminder – one  I think I’ve been needing and wasn’t find on any of my own lists – the reminder that my kids are watching me.  Not only watching me, but soaking it all in like little sponges.   Yes they are their own little people but I can see my own habits good and bad filtering down to them.  So its time I work on that one list – you know the list you think about when its late at night and the  kids are asleep.  The one that is so easy to go through in your head after the chaos from the day has died down but so easy to forget when you wake up in the morning.  The one that says things like don’t worry about being so perfect and don’t expect them to be either.  Don’t be so hard on yourself and for goodness sake don’t be so hard on them.  The one that ultimately says to have a little less freak outs and a little more fun.  Because they are watching-  they are watching how I live my life, how I treat others, how I react to every little catastrophe.   So here’s my big reminder to be the person that not only I want myself to be but the one I want my kids to be someday – and it comes in the form of my child’s to do lists.