One of my favorite things to do as a child was to read so I love watching my kids discovering the joy of reading as well. I really want to encourage it as much as I can. When I was younger I always loved to find fun spots to read in. I would climb trees and read and I would find little nooks that I could squeeze into and read. See. 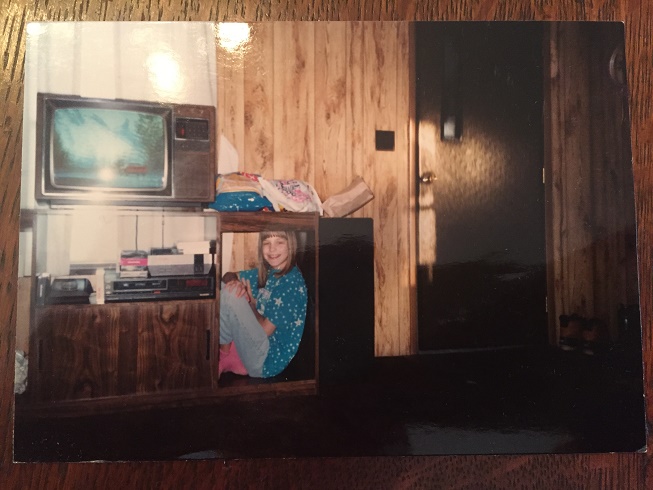 Okay so I was probably little bit of a weird child but kids love nooks so I wanted to create my kids their very own reading nook. We are fortunate that this house has a couple living room areas so we’ve kind of designated one as the kids area and one as the grown up area – all though who are we kidding… you know I’ve resorted to putting a toy box in the “grown up” area. But back to the kids area. There used to be a central chimney in the house when they heated it with a wood stove and it ran through the kids TV area. A while back this chimney was removed as they were no longer using it and the house needed to be lifted for foundation repair. When they took it out they had a custom cabinet put in its place that housed their TV. 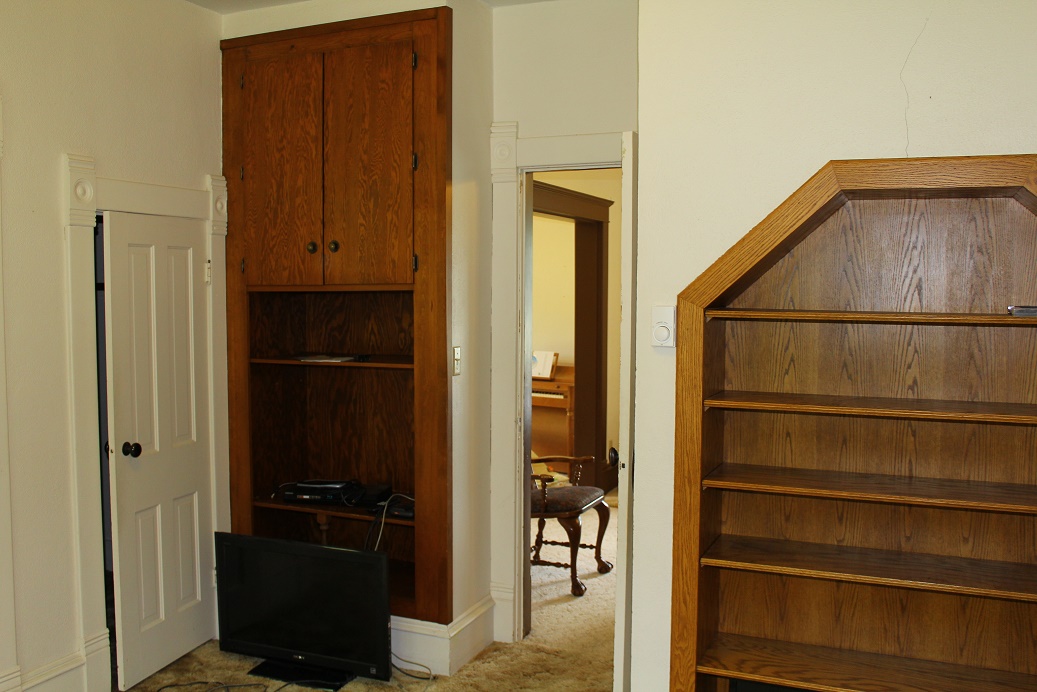 This was a wonderful use of space however now with the new TV’s we are not able to use it for this anymore. Now I could have just put baskets in it and use it as a shelf – which is what I had been doing for the last year. But I always had a reading nook in the back of my mind. Here’s what i did.

I had already painted the whole unit white when we moved in so my first task was to remove the shelves. This was easier said than done. The shelves were nailed from the outside before the cabinet was put in place.  So I got out my circular saw and cut the shelves in half as much as I could and then I Karate chopped the rest. Haha! No. Just kidding – I’m a weenie. I used the crow bar to get it out the rest of the way and then hammered the nails flush. After the shelves were removed it left a bit of damage of the walls of the cabinet. I wasn’t worried though because I knew I wanted to line it with beadboard. I had just enough left over from the kitchen makeover to do this – it was meant to be! 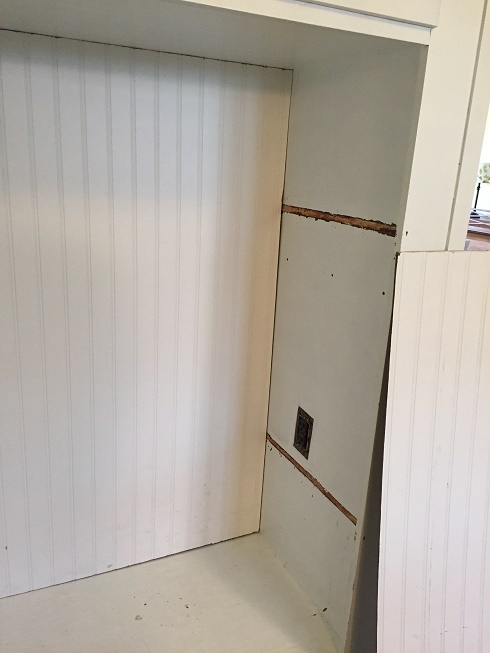 Next I needed to make the bench area a little higher so I built a frame and bench seat which I stained. I love the look of white wood paired with stained wood. 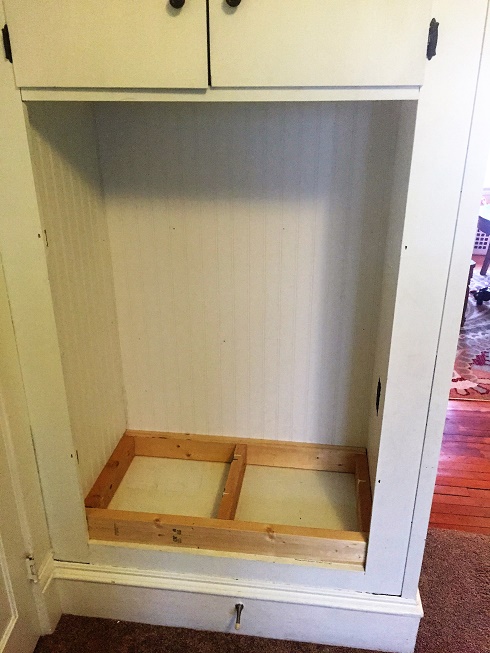 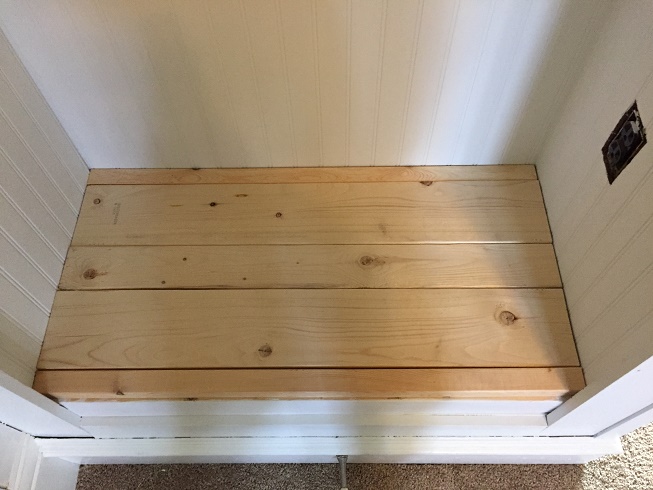 I found a really darling light pendant that plugs in on amazon for $30. Its a barn light style with an adorable copper shade. Since this used to be a TV cabinet there was an outlet in the cabinet to plug it in.  I just carefully stapled the cord to hang it. Don’t get your staple through the cord though – I amazed myself by first not stapling through the cord and by second remembering to unplug the light before i attempted this in case I stapled through the cord. Last I wanted to make a little “READ” sign. I was originally going to buy wooden letters to do this but when we were in Hobby Lobby the other day my husband spotted these adorable wooden banners that had letters on them. It was such a find! They were only a little over a $1 each. I threaded some twine through and stapled them into place. Then I just put knots on the twine to hide the staples. 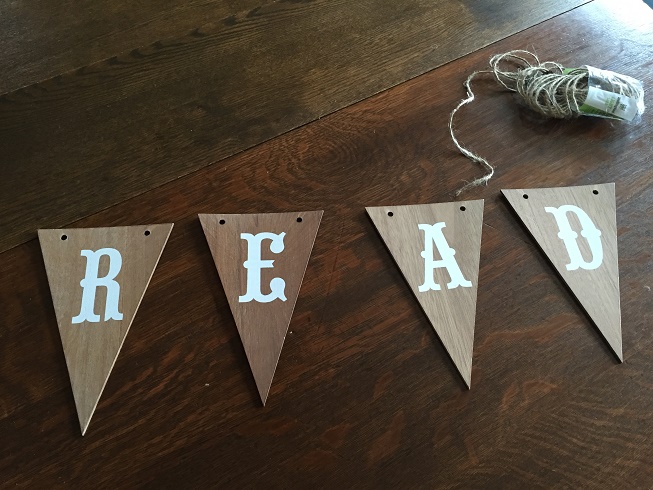 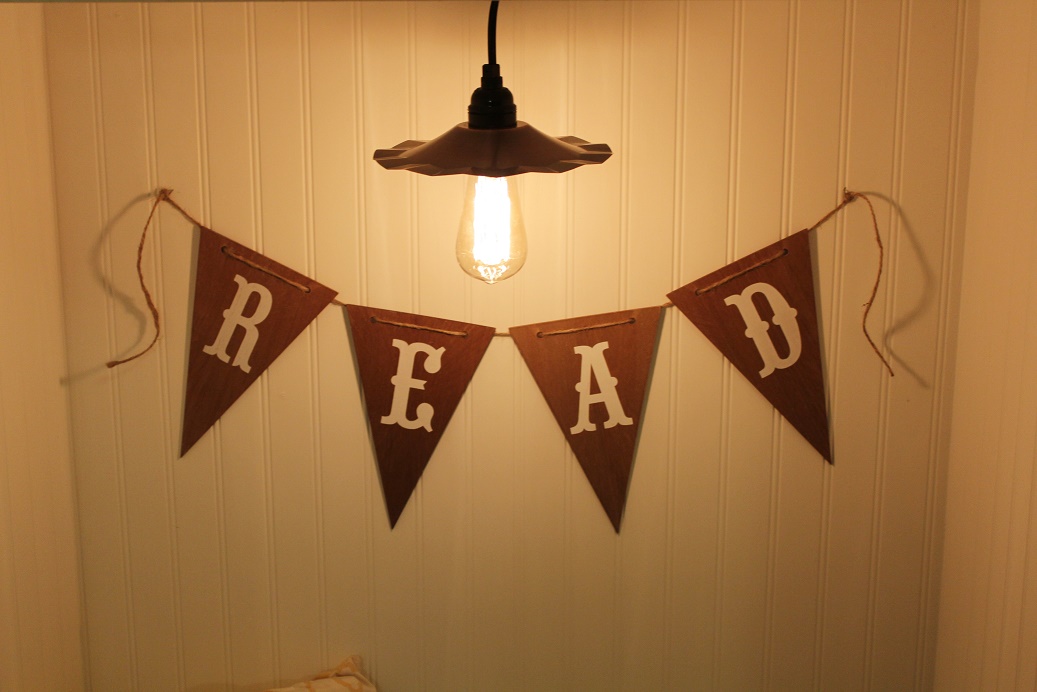 Last I made a cushion for the seat. I had found foam online from amazon. I got a big roll of it for $25. This is great because I have enough to make 3 more cushions when my kids wreck this one – I’m just being realistic here people 😉 Then I used some remnant fabric to cover the foam. 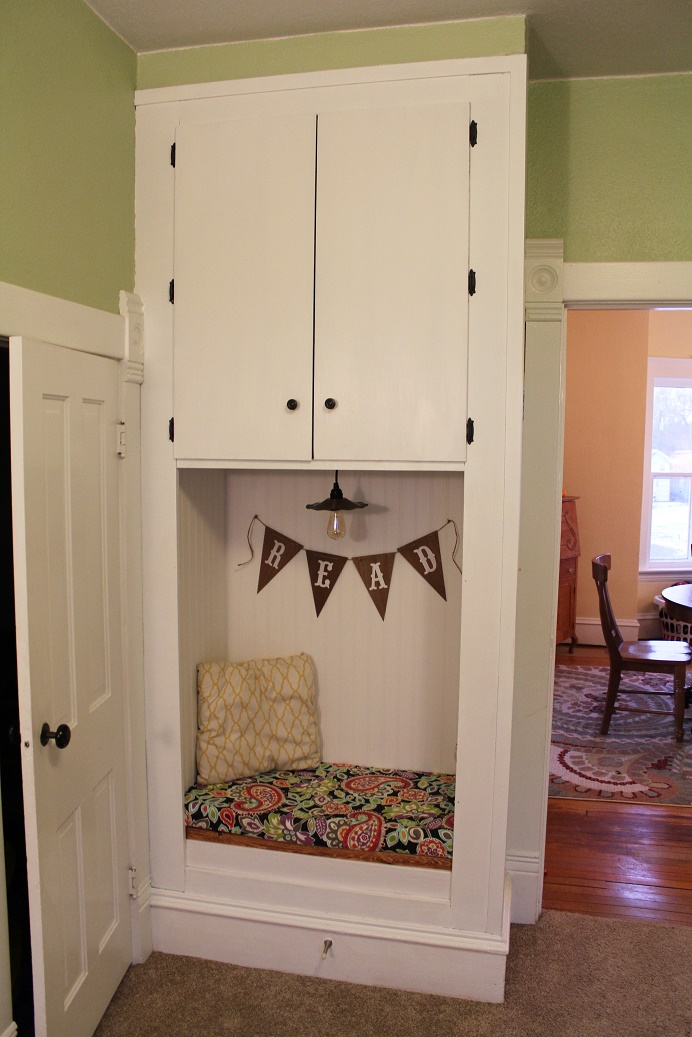 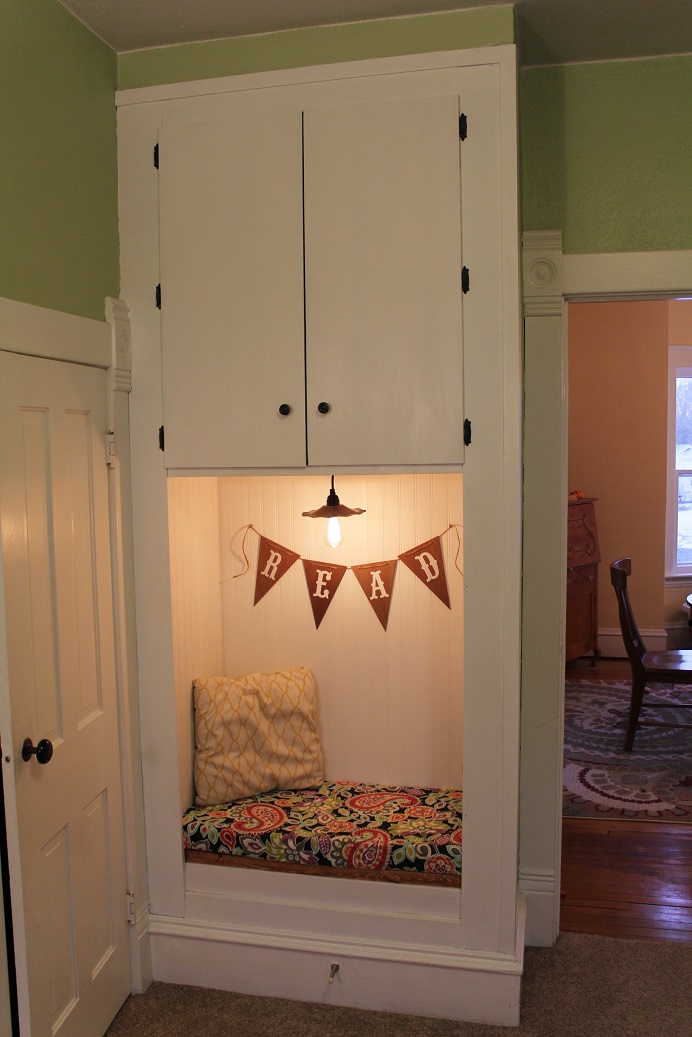 I’m thrilled with it and I can’t wait to show it to my my little readers when they get home from school. I hope they spending many hours lost in a book in their nook!