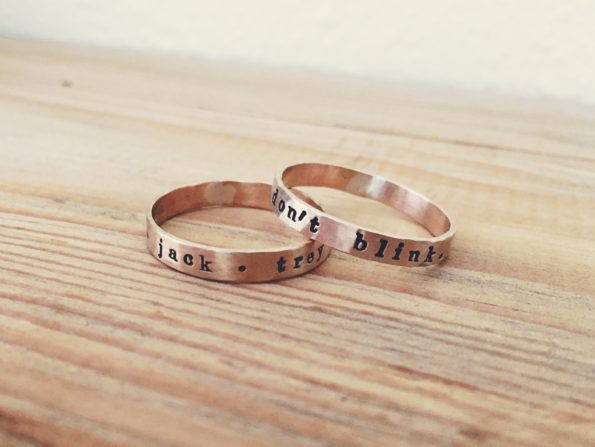 I remember being little and going on a walk with my mom. We were talking and I was probably chatting her ear off and I remember telling her how it felt like it was taking forever to grow up.  To this day I still remember her telling me that she felt like it was going so fast, too fast.

Then you’re in high school and it feels like the days are dragging on and you just can’t wait to graduate and fly the coop and do your own thing.  You think it will never come.   Then all of the sudden it does and you are in college and its fun and scary and overwhelming all at the same time.  My freshmen year of college I came back to my hometown high school to crown the next homecoming queen.  I stood up at the podium and told all the high school seniors just starting their year to hold on to this time because their senior year would fly by so fast. This was the last year they would be together with the classmates that they had been with since they were 5 years old.  I stressed how fast it would all slip by and yet I knew as I said it they wouldn’t believe – they wouldn’t realize until it was over.

Now as a parent, time is so fickle.  When my first baby was born a very wise woman told me, “the days go by slow but the years go by fast.”  Boy did she nail it on the head.  For mother’s day this year I went ahead and ordered two engraved rings from the Vintage Pearl.  One that has my four children’s names on it and one that I had them put the phrase, “Don’t Blink.” on.  I don’t normally buy myself a mother’s day gift but they weren’t overly expensive and it’s not that I felt I deserved them, it’s that I felt like I need them – I needed a reminder to look at.

Life moves in phases and children come with so many phases. Some wonderful – like how my oldest still calls me momma.  I just told my husband the other day I never want her to stop calling me momma – I’m going to be so sad when the day comes that she has shortened it to mom.  Some are hard – so hard – like when your toddler is in the scream and throw a fit on the grocery store floor phase.

It’s easy to get caught up in the hard phases – those are the times when the days feel especially long and you find yourself wishing time would just hurry up so you can get onto the next phase.  I hear myself saying, “I can’t wait until next summer when the little one will be easier to take places,” or “I can’t wait until they are older and like to eat my cooking,” or “I can’t wait until we don’t have so many toys all over the place, or they don’t need me to go to the bathroom with them everytime.”  It can go on and on sometimes.

And then what happens. I blink my eyes, a year or two has passed, and we are past those hard things – but we are also done with so many magical moments that came with those phases. Things like them wanting to play dress up every day.  When Emma was younger, she wanted to dress up as a princess every day and now I look back and realize that one day it just stopped.  I don’t remember that last time that she put on the Cinderalla dress. If I had known it was going to be the last time I would have savored it. I would have played with her and taken her picture so I could remember it.

Or when I drop the kids off at school.  Right now Trey is in preschool and he always wants me to walk him into school.  There are times that it would be so much easier if he would be willing to walk in by himself but I’m holding onto it.  His older brother and sister not only don’t want me to walk them in anymore but it can be like pulling nails to get a hug or wave goodbye when you drop them off at school.  People told me that day would come but I sorta, kinda thought, “nah, I’m not sure that will happen with my kids.”  It did. One day it did.  They grew older – just like I had secretly wished they would during those hard phases of life and now I’m missing parts of those hard times and  I wish I could go back. But you can’t.

So this is a visual reminder to myself to not take the time for granted, to not wish it away because like they say, you blink and they are grown up – and I don’t want to miss it, any of it.